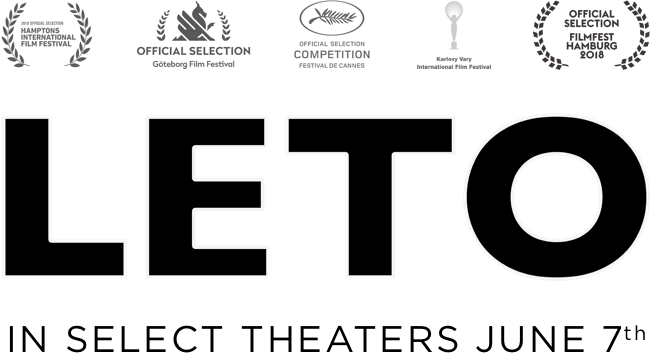 Avant-garde Russian filmmaker Kirill Serebrennikov (The Student) returns to the big-screen with a tribute to the early years of Russian rock. Leningrad, in the summer, early eighties. Smuggling LP’s by Lou Reed and David Bowie, the underground rock scene is boiling ahead of the Perestroika. Mike and his beautiful wife Natasha meet with young Viktor Tsoï. Together with friends, they will change the trajectory of rock n’roll music in the Soviet Union.